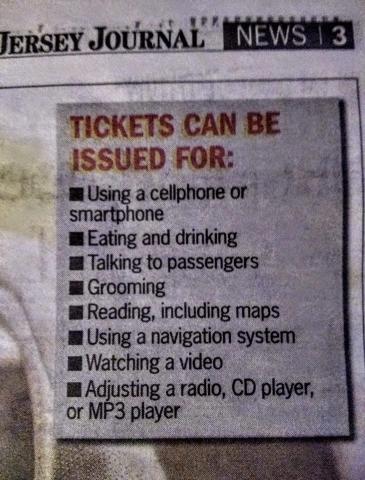 Cape May County - The police put in the paper that you can be ticketed because you are driving and talking to a passenger and many other actions that are ridiculous. Towns are taxed enough. It's hard enough to live. Now the police are going to write tickets just to make money so the towns can stay afloat. Things need to change or Wildwood is going to be just like Atlantic City. Politicians and city officials are making the biggest hole to climb out of because of huge salaries and nonsense that rack up taxes and now have police making excuses to write tickets.